It Takes More Than Talent 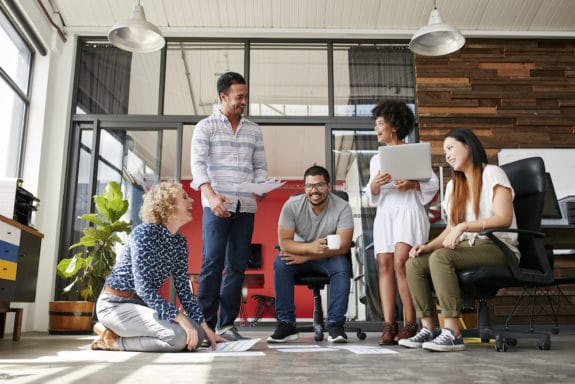 As a publishing executive, I worked with authors for more than three decades. I’ve also worked with speakers, recording artists, designers, and other creatives. I have had the privilege of working with the best—and the challenge of enduring the worst. What separates the two?

That question is of greater importance now than ever before because creative work plays a bigger role in business today than at any previous time. Ask any entrepreneur.

The easy answer is the wrong one. It’s not talent. Talent definitely plays a role. But that doesn’t explain why some creatives with marginal skill become successful and others with extraordinary abilities never really make it. (I could name names, but I would get myself in trouble on both counts!)

Instead, I think the determining factor is how they think. Successful creatives cultivate a different mindset than unsuccessful ones. This is evident in seven ways.

1. Successful creatives think big. The best creatives think, “Go big or go home.” If they are going to go to the trouble of writing a book, preparing a speech, or recording an album, they might as well make the biggest impact they can. They aren’t naive about the amount of work it will take, but they still dream big. They are always asking, “What could we do that would exceed everyone’s expectations?”

3. Successful creatives listen well. The best creatives are not know-it-alls. They understand that being good at one thing (like writing, speaking, or singing) doesn’t mean they are good at everything (like packaging or marketing). As a result, they listen to those who have more experience. Ultimately, this raises their probability for success.

4. Successful creatives seek help. While the best creatives accept ultimate responsibility for the outcome, they enroll others to help them succeed. They know they can’t do it alone. As a result, they build world-class teams and don’t hog the credit. They happily shine the spotlight on their teammates. They are constantly asking, “Who else can I enroll to help get me where I want to go?”

5. Successful creatives work hard. The best creatives are not lazy. They don’t assume that their work is done once the book is written, the speech prepared, or the album recorded. In a real sense, their work has only just begun. They don’t display a spirit of entitlement. Instead, they roll up their sleeves and do the work that lesser creatives are unwilling to do.

6. Successful creatives demonstrate grit. Nobody bats a thousand. And creative work is subject to a high number of frustrations, flops, and failures. But the best keep going regardless. They don’t let setbacks define their worth. Instead they keep showing up, even when things don’t go their way.

7. Successful creatives remain humble. The best creatives know that success is elusive and fragile. They know that they didn’t attain it on their own, nor will they preserve it on their own. This makes them grateful and humble. Though they face the same temptations to become arrogant, they understand the dangers and comport themselves accordingly.

The bottom line is that you have more control over your success than you may think. However, you must develop a winning mindset and cultivate the habits of successful thinking. This is what separates the best creatives from all others. Which of these habits do you need to work on?

Spread the love If you had a way to take yourself to the next level… In your career, in your ...

Spread the love “Teenage Bounty Hunters” has one of the most memorable — if not entirely appealing — titles of ...